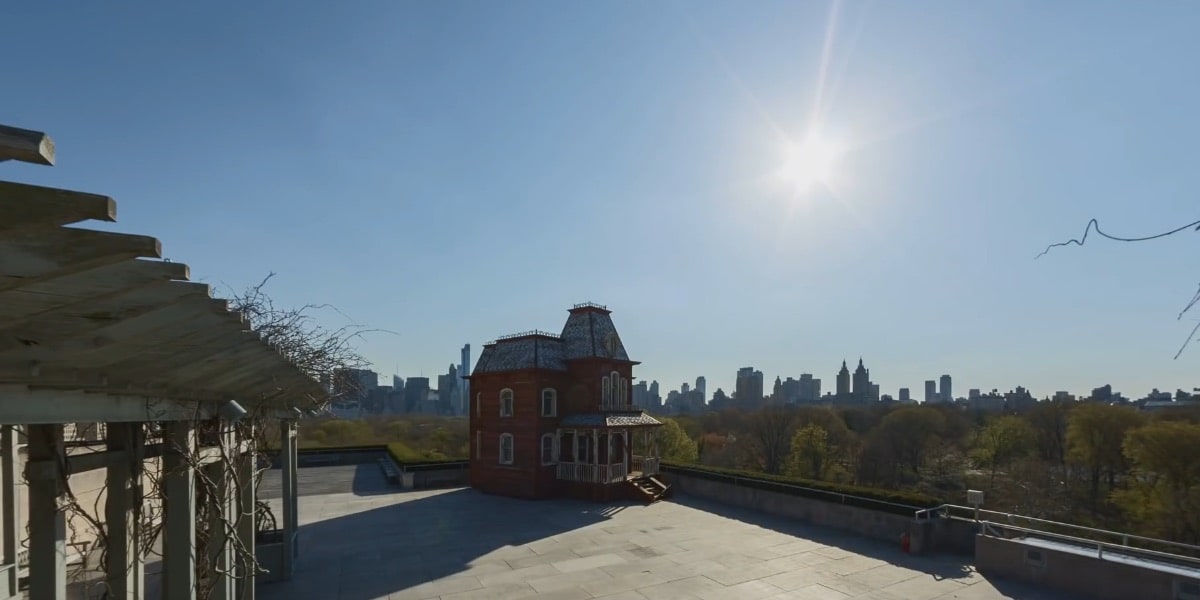 Well, when I was offered to make something for this great spot on the roof, I was very daunted because the skyline is so amazing. So I thought I wanted to put something architectural on the roof, kind of incongruous– you know, a domestic house.

Originally it was going to be a red barn, but then I realized quite quickly that red barns are far too big to go on the roof. And then I was looking at Hopper, Edward Hopper paintings, and he painted a house called the “House by the Railroad,” and reading about it, I realized that Hitchcock had based his “Psycho”house on this painting, and I really loved that. Hopper also painted lots of red barns, and so my red barn came back into play again, and I thought, “Well, why don’t I make the house out of the red barn?”

I collaborated with a restoration company who go around America and they take down old barns, and so the roof of this house is made from the corrugated metal from the barn roof, the siding is made, obviously, from the siding of the barn. So this is the barn reconfigured. So I quite like to take the idea of the barn being this quite wholesome thing, this, you know, lovely thing about the landscape and the countryside and politicians like standing in front of red barns because it typifies wholesomeness. And then the “Psycho” house is the opposite, it just All the dark psychological stuff you don’t really want to look at.

I was very inspired to find the original set from “Psycho” was only two flats all propped up from behind, like a stage set would be, and it was filmed from a particular angle, so you only saw the house side-on. I’ve built the house in the same angle, I’ve tipped it into the corner. And then if you go around the back, and you see it’s all propped up, and you realize it’s a facade. But I wanted it to be believable from this angle. So that the roof garden becomes the garden of this house. So I like the idea of the privet hedge around The Met roof, and then hunkering in the corner is this, this sinister house.

So I like the idea that you take things that perhaps seem cliched, but they’re cliched for a reason. They resonate with a huge amount of people, and that’s why they’re the most visited spots. And I somehow think the inverse of the cliche is the most unknown place. 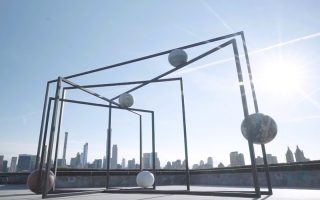